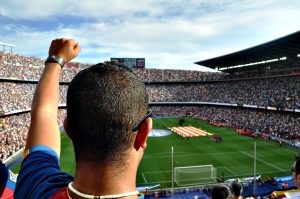 Have you ever watched a game on TV and said, “WOW, it would’ve been so awesome to be there!?!”

Being a huge soccer fan myself, I have traveled to quite a few games while drastically reducing my travel costs by using points and miles.  One game that I am planning on attending is in Mexico City on June 10, 2017.  The Mexican National Team will host the United States National Team in the famous Estadio Azteca.  I’m sure the atmosphere will be electric as past matches have been.  So whether you are an American Outlaw or a member of Pancho Villa’s Army, you could follow these tips to reduce your travel costs so that you can root for your team live!

One of the major expenses is flight costs.  While you may be able to snag great deals, or mistake fares if you’re lucky, using miles/points could help make this trip fit your budget.  Here are a few examples showing how affordable it could be to fly from a few different US cities to Mexico City using miles (specifically Southwest and British Airways).

It may come as a surprise to some that British Airways Avios points would be of any use for people traveling from the US, but as Brad has mentioned in prior articles, in many instances you’ll use less Avios points to fly American Airlines (read article) and Alaska Airlines (read article) planes in the US than if you were to use their own miles.  Below is a map from the Wandering Aramean showing where one could travel to and from Mexico City for 7,500 to 10,000 Avios points each way.  Compared to 15,000 American Airlines miles each way, Avios points comes out ahead in this scenario. 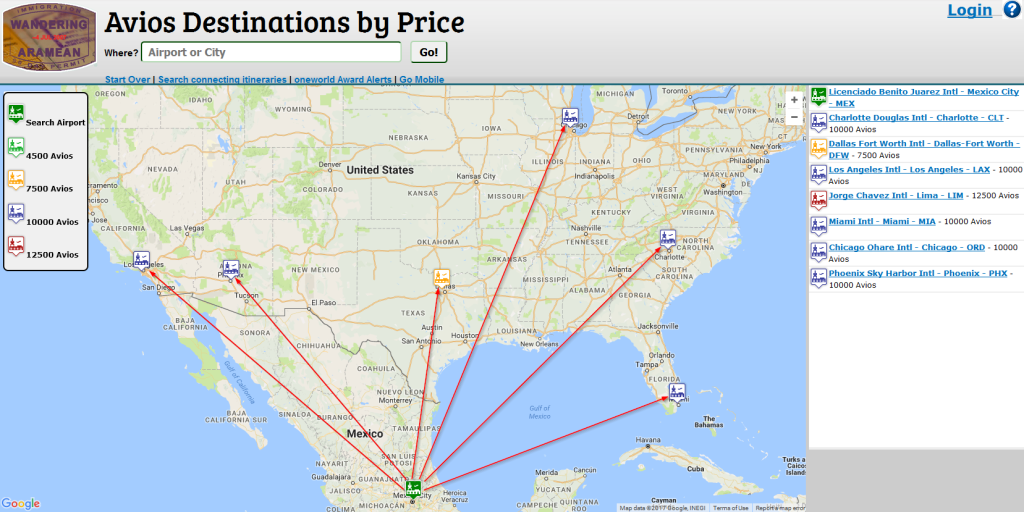 Departing from Dallas to Mexico City: 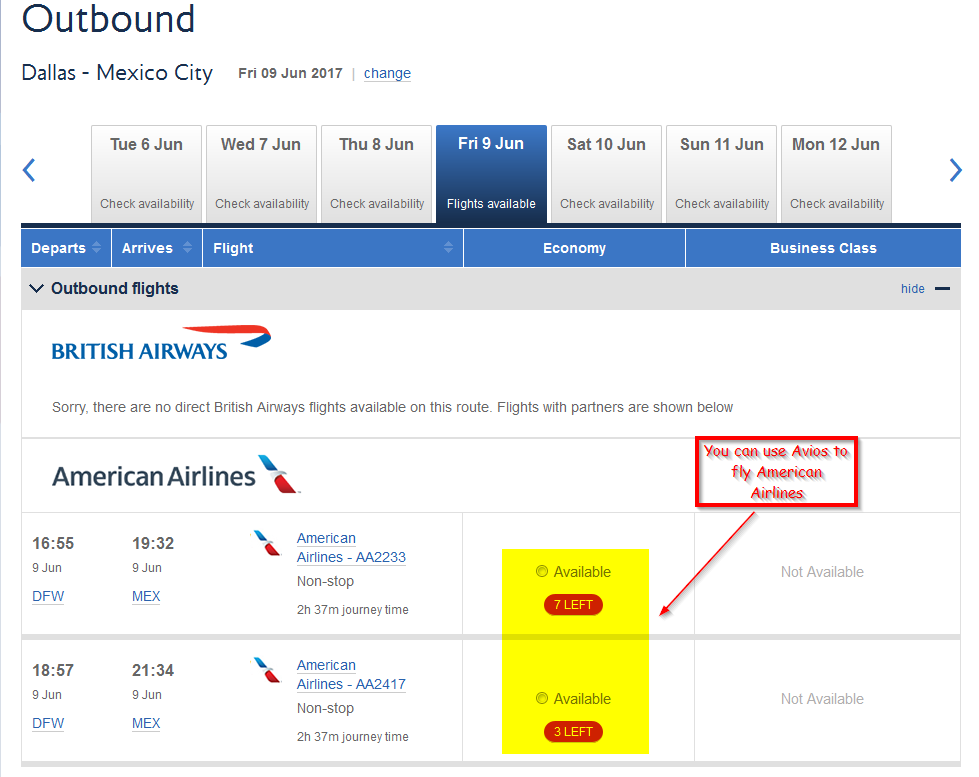 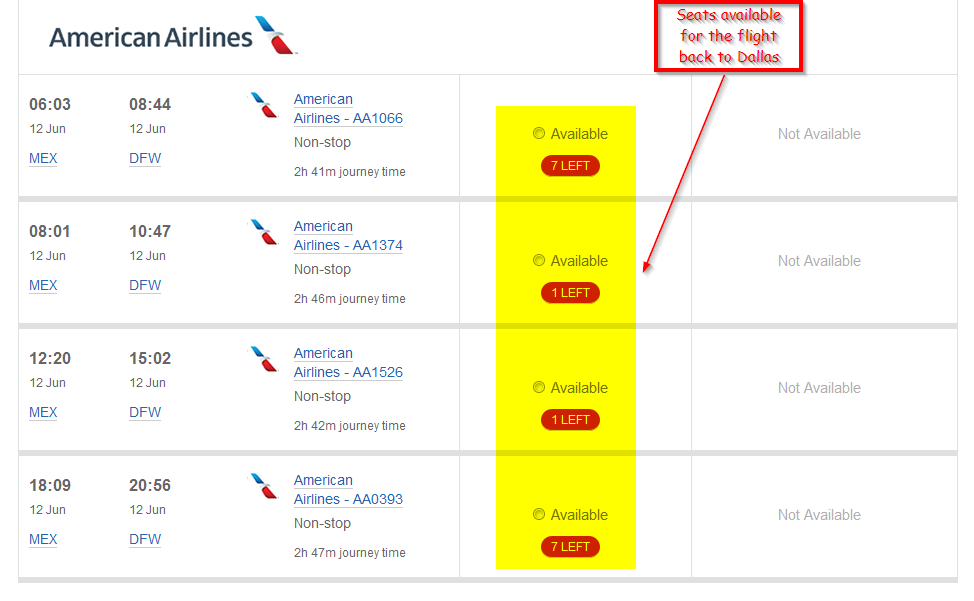 As you could see, 15,000 points plus $90 in fees for a round-trip flight from Dallas to Mexico City is hard to beat.  Here’s what a paid cash ticket would run. 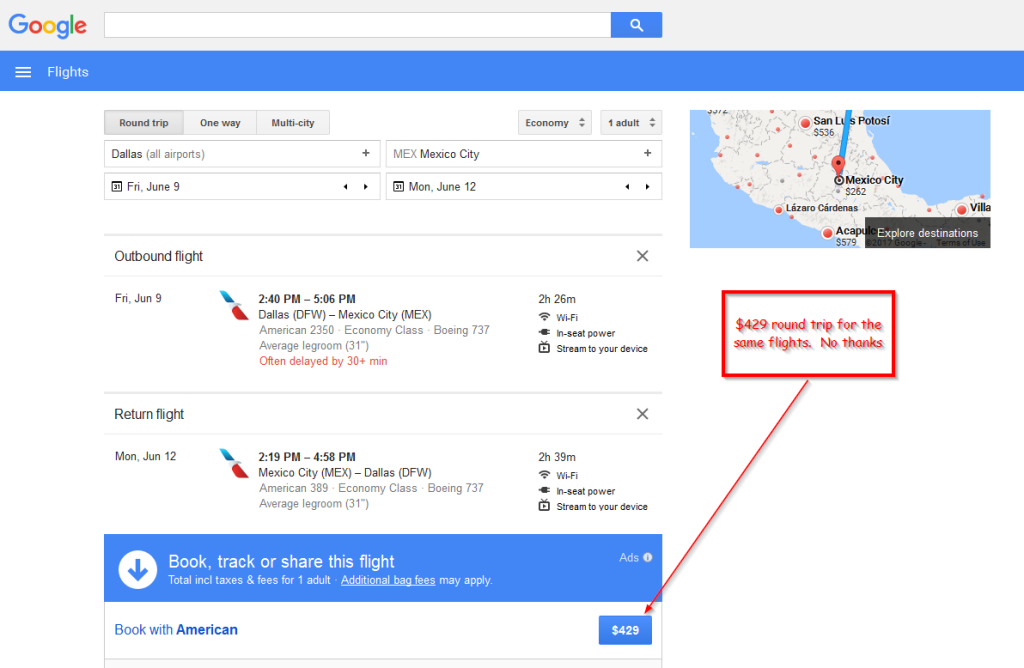 What are you going to do with the money you saved on your flights?

Is Dallas the only option though?  Not at all, Here are some examples of flights out of Miami.

Departing from Miami to Mexico City: 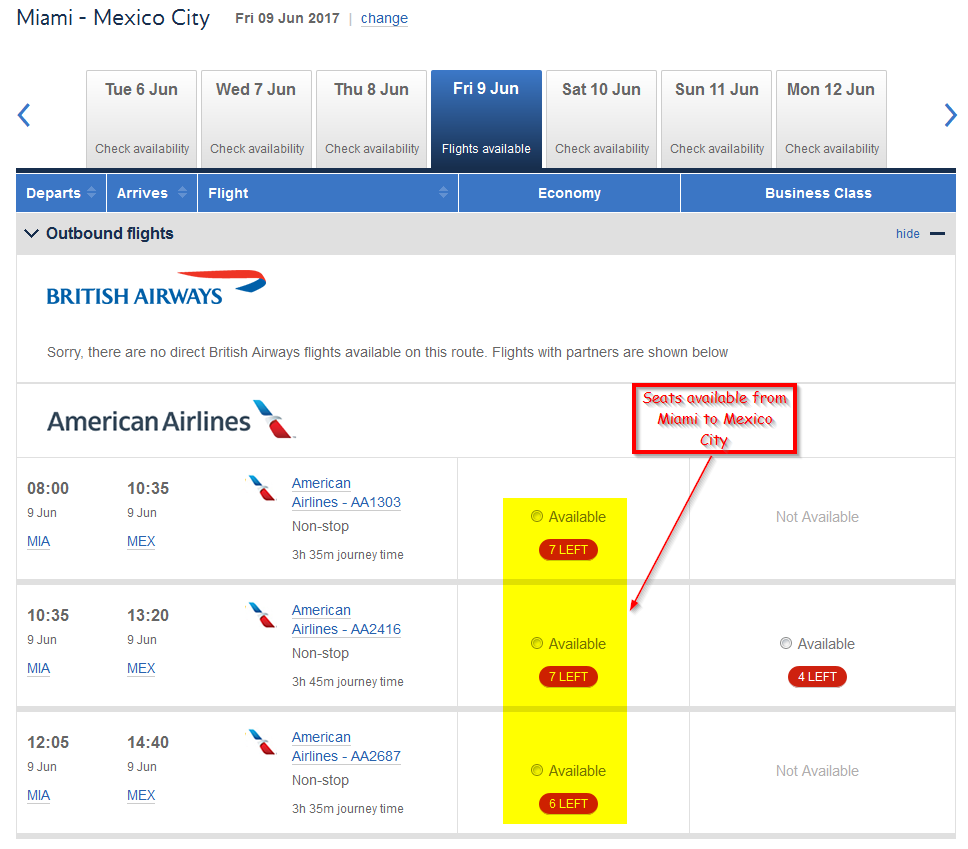 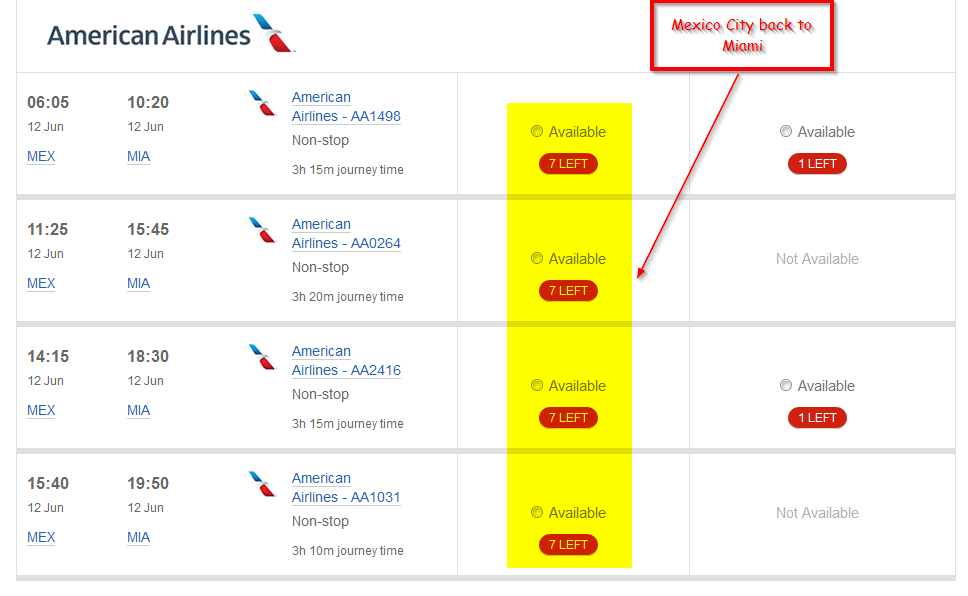 You’d pay 20,000 miles round-trip plus $90 in fees for a flight from Miami to Mexico City and back.  That’s pretty good!  You could use your extra cash to check out the amazing food scene in Mexico City.

What if you’re flying out of Phoenix?  Well, here’s an example of what you could find! 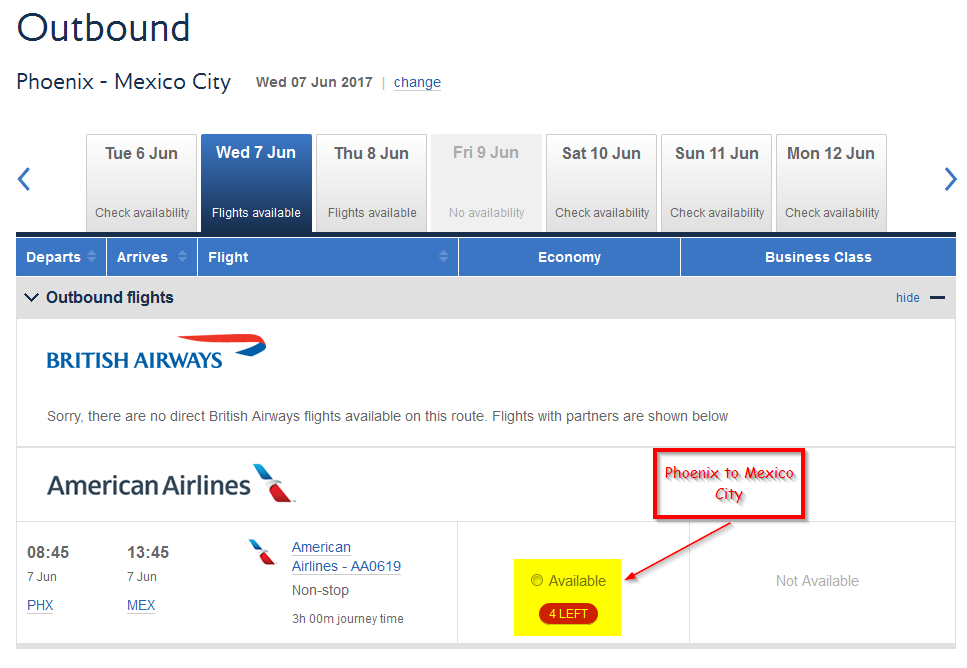 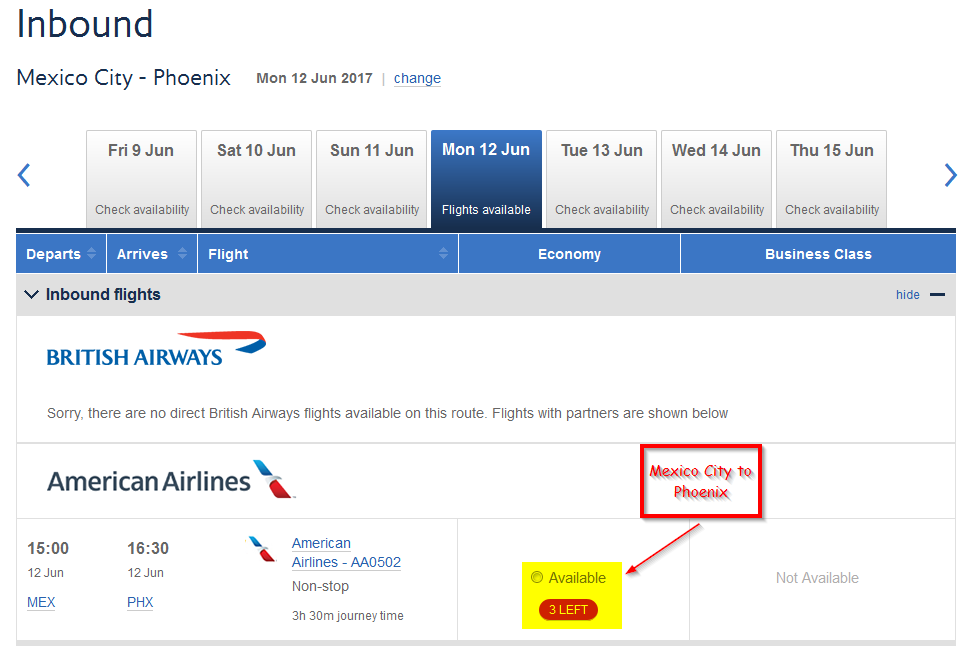 Folks flying out of Phoenix would pay 20,000 Avios points plus $90 in fees.  That’ll leave some cash left over from some drinks and snacks at the game!

What if there are not any options for you to use Avios points?  Here comes Southwest to the rescue! Southwest is expanding their International footprint, and is a great option to help save on pesky bag fees.  If flying out of Houston, Southwest Airlines is a great option.  Here’s an example.

Departing from Houston to Mexico City: 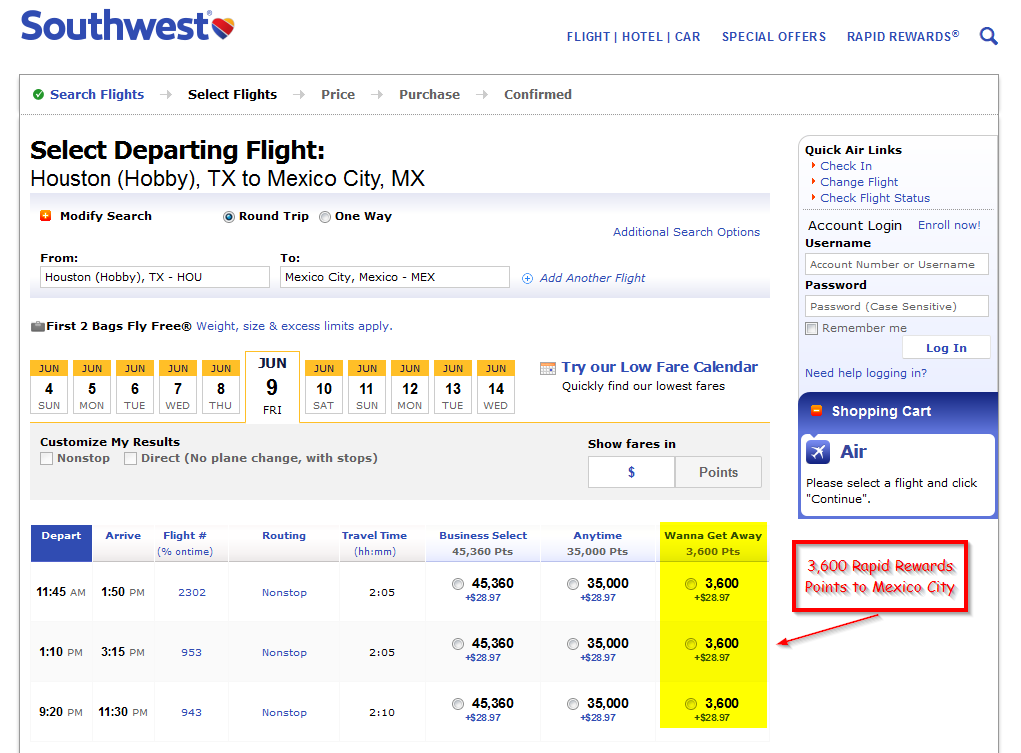 Departing from Mexico City to Houston: 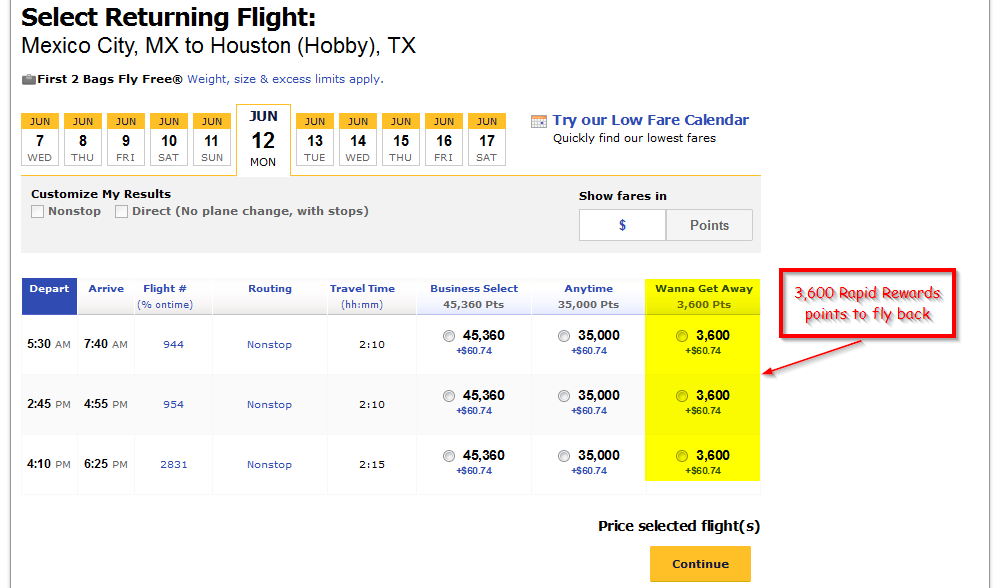 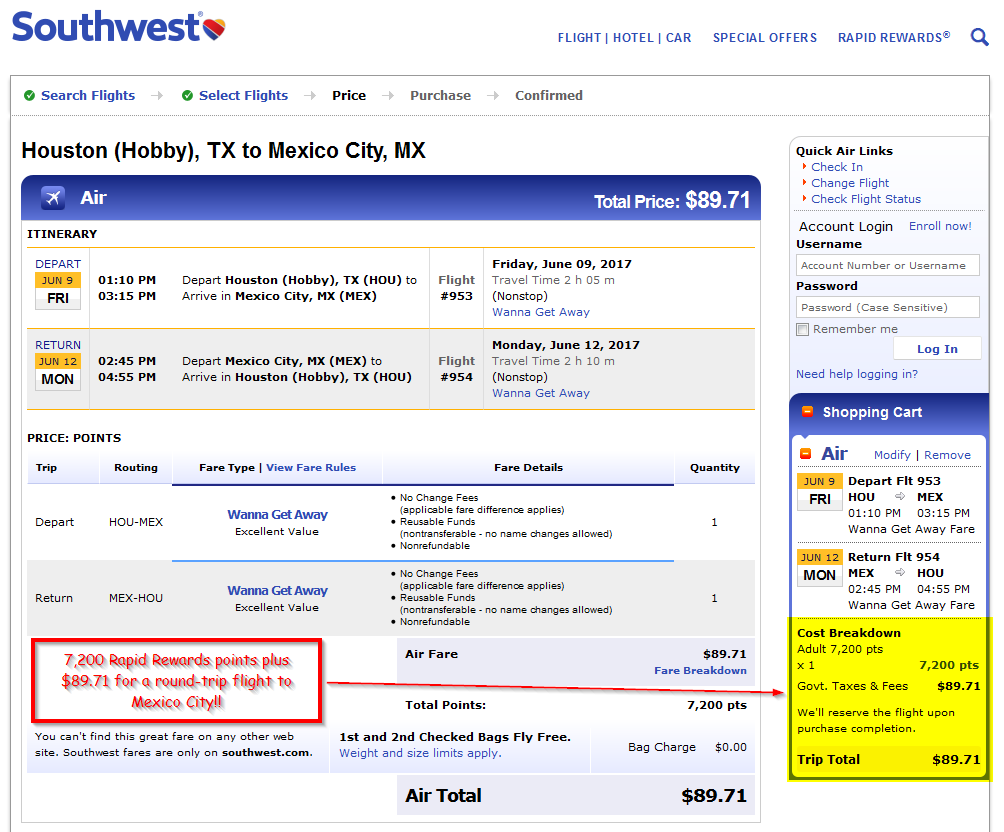 With Houston being a United hub, one could choose to fly United.  The price for a cash ticket is $540 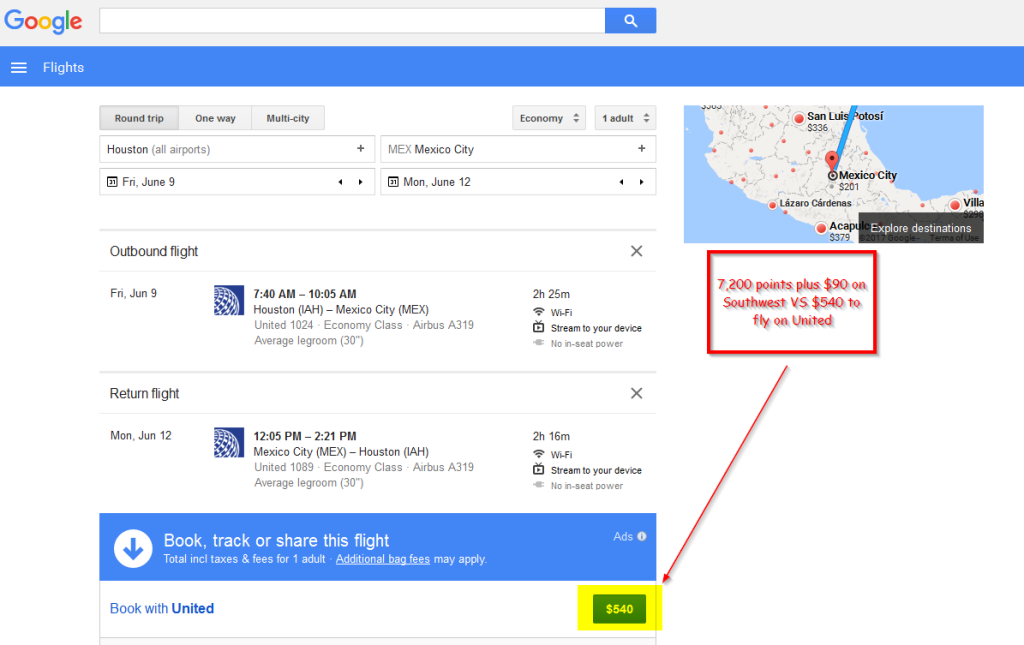 Where it gets interesting is if you have the Southwest Companion Pass!  Your designated companion will fly with you for ZERO additional points, plus the cost of taxes/fees.  So, you could pay roughly $180 in fees for 2 people on Southwest with your Companion Pass VS $1,080 for 2 paid tickets on United.

What about the fans in Chicago?!  You’re covered too! 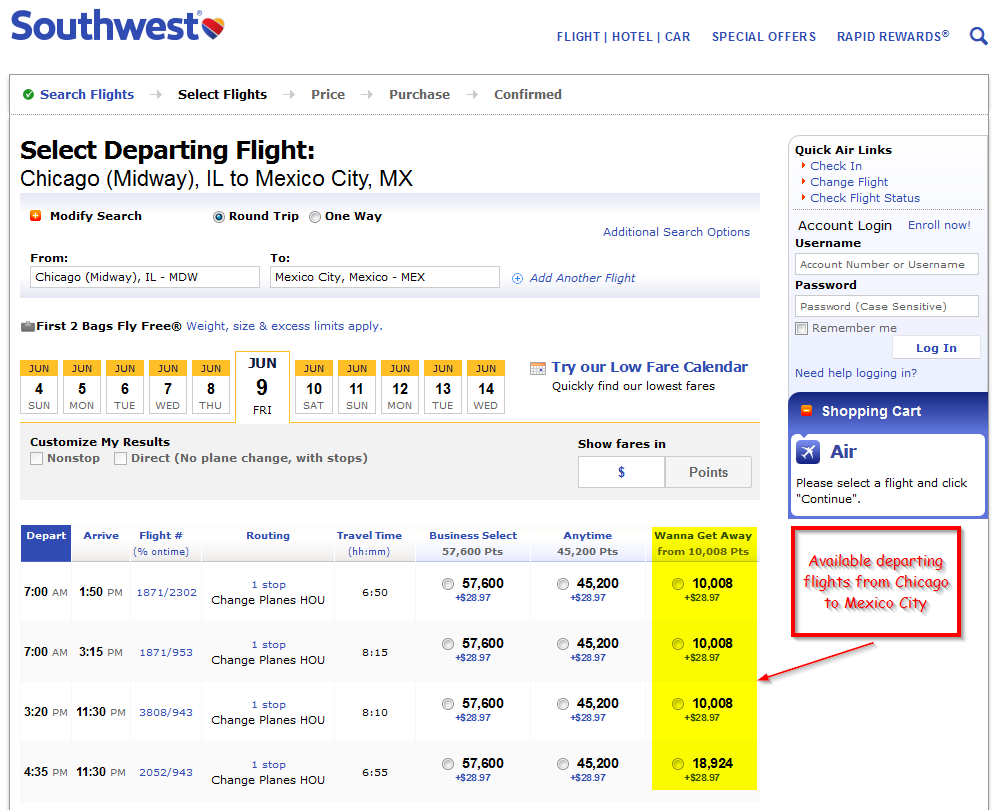 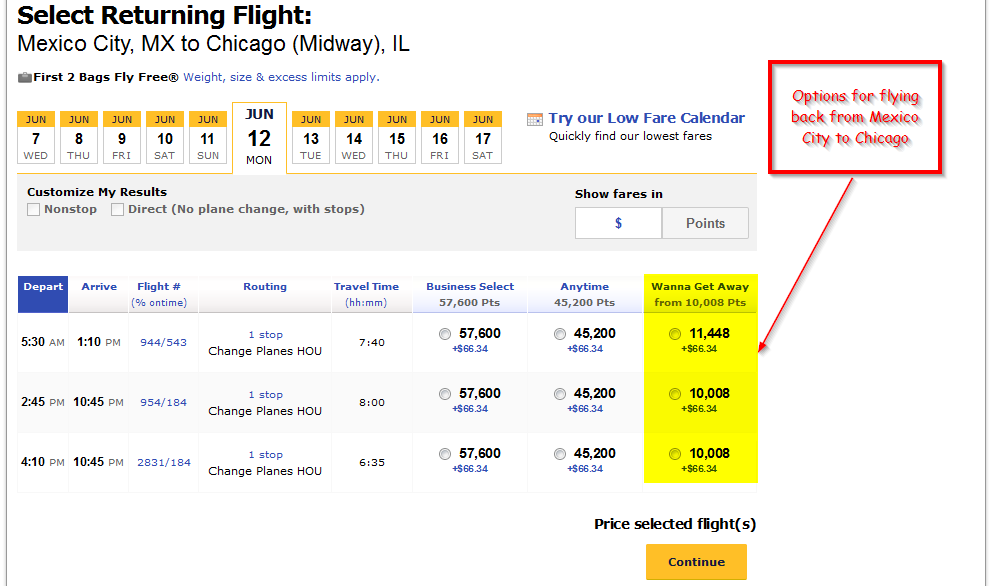 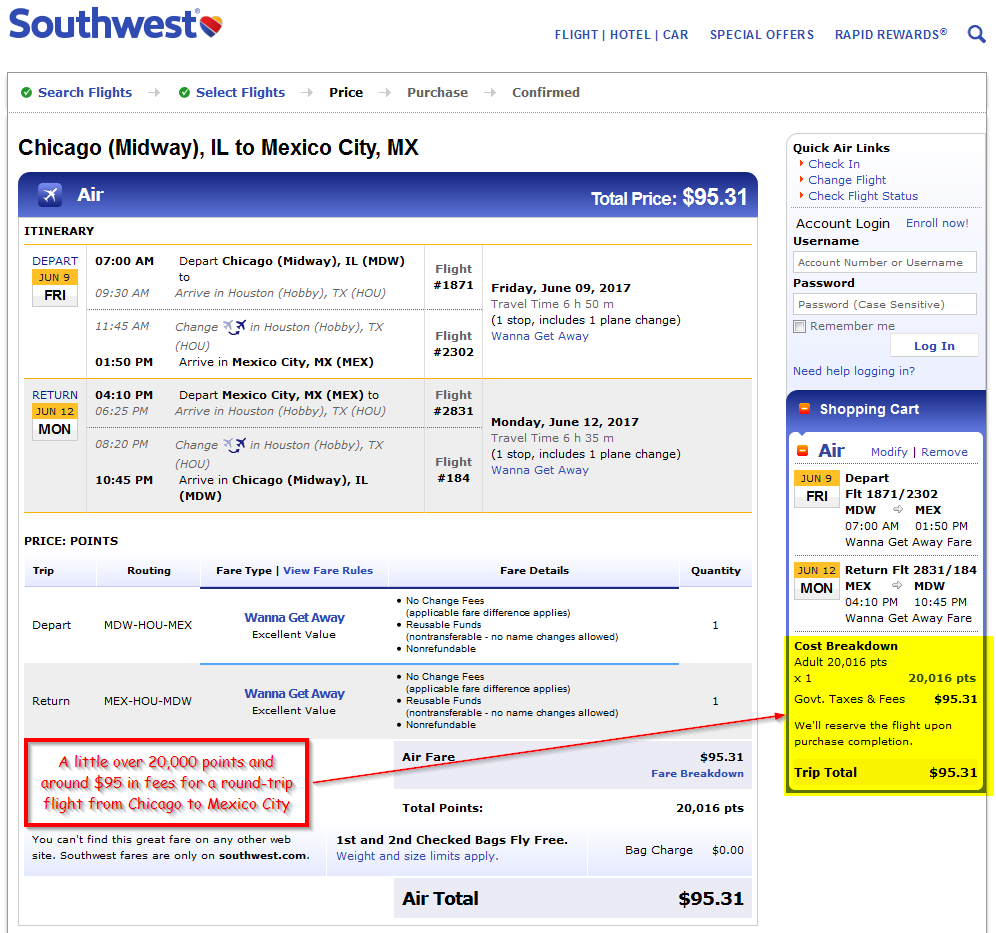 Again, you could really maximize this if you have the Companion Pass, so that 2 of you could fly for around 20,000 points.  Chicago is also a United hub, and cash prices for a flight are around $617 round-trip. 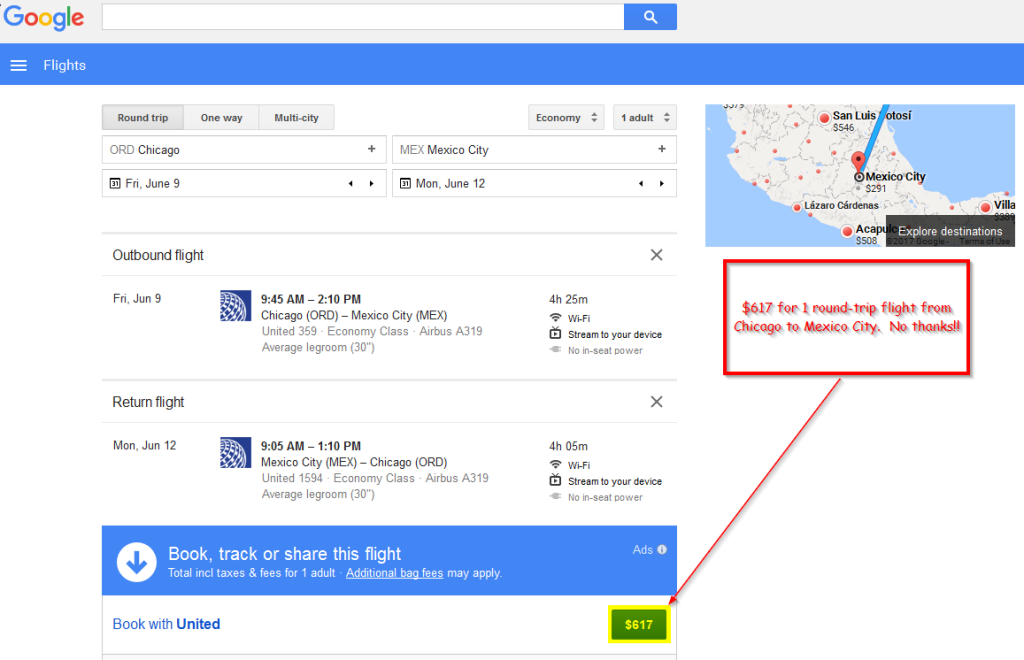 So, you could pay roughly $190 in fees for 2 people on Southwest with your Companion Pass VS $1,234 for 2 paid tickets on United.

Saving up some of the right kind of points and miles could save you some money when wanting to book flights.  In this case, we looked for flights from several different cities in the United States to Mexico City.  These are a few options available for you to book.  Next time, we’ll discuss how to use points for hotel stays in Mexico City.

If you want to learn more about the world of points and miles, check out the Travel Miles 101 FREE Travel Rewards Course