Success Story: Kevin and Jamie’s Trip to Maui on Miles 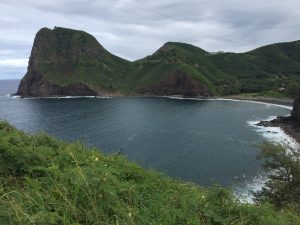 The beautiful coastline of Maui.

Kevin Klinkenberg and his wife, Jamie, came to the miles and points game through the Travel Miles 101 free course in summer of 2015. While they had previously kept up with their credit card miles, Kevin says the TM101 course took it to the next level.

“The basics of the course taught me how to apply a system and accomplish much more than we did before,” Kevin said.

Applying systems comes naturally for this city planner from Savannah, Georgia. After taking the course, Kevin said he decided to take Brad’s approach toward miles earning.

“We are always looking for opportunities to earn points. We don’t do anything fancy. As we hit our minimum spend, we open a new card,” he said.

Within a month or so of starting their serious points pursuit, the Klinkenbergs settled on their winter vacation destination – Maui, Hawaii. 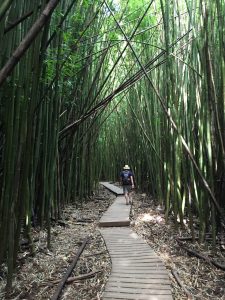 Hiking through a bamboo forest in Maui.

“We came to it kind of late, so we didn’t have a year to plan in advance of the trip,” he said.

The couple had 100,000 Ultimate Rewards points from old credit cards. To that, they added a one Chase Sapphire Preferred and a Hyatt card.

Kevin said their first goal for the flight was to use the Korean Airlines deal flying first class to Hawaii on Delta for 45,000 points per ticket. But by the time they chose their destination, there was no first class availability. So they took advantage of one of the Hawaii sweet spots he learned about on Travel Miles 101, booking two round trip flights to Maui for 25,000 UR points per ticket transferred to Korean Air (plus $11 in taxes, per ticket.)

“Delta is a big airline out of Savannah. We can fly any of the airlines, but flying Delta gives us the most options.”

The flight routed from Savannah to Atlanta, then a 7-hour layover at LAX, before the 6-hour flight to Maui. With their bags checked all the way through to Hawaii, when the Klinkenbergs landed at LAX, they jumped into an Uber and headed to the beach.

“We got to spend a half day at the Santa Monica Pier, just making the best of a long layover,” Kevin said.

With their airline tickets booked and hundreds of dollars already saved, Kevin turned his focus to the couple’s accommodations. Their first choice was the Hyatt Regency at Kanaapali Beach, Maui, where they wanted to spend all eight nights – total cost of 120,000 UR points. The backup plan was taking their two free nights from the Hyatt card, then splitting the remaining six nights among UR-compatible Airbnb’s (click here for a discount on your first stay) or cheaper hotels.

As they built up their stash of points, Kevin kept in touch with Hyatt Regency on their room availability. When they finally reached the magic number and transferred the points to Hyatt, the hotel was down to two rooms available to book for their travel dates. The hotel was secured! 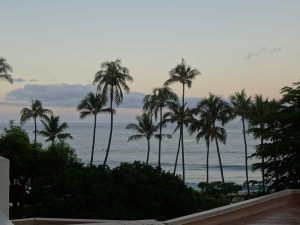 The view from the Klinkenberg’s room at the Hyatt Regency.

“Ironically, I’m sure they considered it one of the worst rooms in the hotel, but we had a great view of the ocean and we were just thrilled to get a room.”

In addition to the free hotel rooms, Kevin asked the hotel to comp the parking fees ($15 per day) and the resort fee ($15-18 per day) because he was a Hyatt credit card holder. They obliged on both requests.

“It was amazing. The only money we spent was on restaurants and activities.”

Jamie took the lead on finding the best option for a vehicle for their week-long stay on the island. She used the UR portal to book a mustang convertible for $400 for the full week – scoring a good discount and earning extra points to boot.

“We like to get out and explore a lot, so we knew it would be a good deal for us,” Kevin said.

FUN AND FRUGAL IN PARADISE

Kevin said some of the best advice he received before going to Hawaii was to pick one of the islands and stay there for the whole week. “There’s so much to see on each island, and it’s a bit of a hassle to travel between the islands, so if you’re there for just a week, pick one and stay there.”

Kevin and Jamie shared some of their favorite memories from the trip. 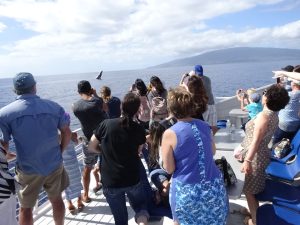 One of the Kevin and Jamie’s favorite memories from the trip – whale watching in the Pacific.

Whale Watching: If you’re traveling to the islands in January and February, in addition to missing the nasty winter weather in most of the lower 48, you have the pleasure of witnessing mating season among the humpback whales of the Pacific. “It’s incredible – they’re jumping out of the water as you cruise by. You can actually see them just sitting on the beach.”

Snorkeling: The Klinkenbergs found remarkable snorkeling across the island. While vacationers often rent gear by the day from their resort at a steep fee, this frugal couple visited a snorkeling store in town. For $20 for the whole week, they picked up all the equipment they needed, storing it in the trunk of their rental car and using it across the island. 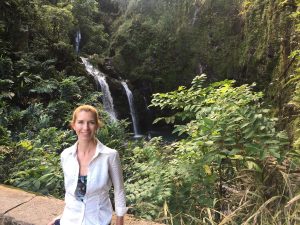 Jamie stopped to check out a waterfall on the Road to Hana.

Road to Hana: One of the most popular things to do on the island is taking the 65-mile drive from Kahului to Hana. Kevin reported a winding, narrow road running along the ocean and through the jungle, with ample opportunities to stop for side trips, including hikes to waterfalls, through parks and along bays. Kevin said the town of Hana was not a headline locale, but the drive was legendary.

“It was a classic case where the journey really was more important than the destination.”

Your turn! What’s your favorite island in the Pacific? Tell us where to plan our next tropical vacation! 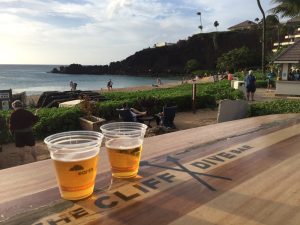 Based in Tennessee, Christina spends her days helping clients tell their stories through her work at a marketing and communications firm. She and her husband hustle hard every day in their very grown-up, 8-5 jobs, while actively pursuing financial independence through joyful frugality, real estate investing and travel hacking.

Trip Reports
Young Couples’ Guide to Washington, DC
Trip Reports
My Trip to Santorini
Trip Reports
Highlights of My Summer Vacation to Turkey
Close
Manage Cookie Consent
To provide the best experiences, we use technologies like cookies to store and/or access device information. Consenting to these technologies will allow us to process data such as browsing behavior or unique IDs on this site. Not consenting or withdrawing consent, may adversely affect certain features and functions.
Manage options Manage services Manage vendors Read more about these purposes
View preferences
{title} {title} {title}